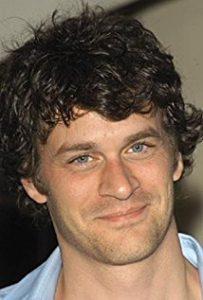 Tom Everett Scott was born and raised in East Bridgewater, Massachusetts, the third of four children of Cynthia (Pierce), an insurance saleswoman, and William Joseph Scott, a civil engineer. Tom spent his childhood in a “nice house in the woods,” with a pond nearby, canoeing and camping. He acted in high school plays, but Tom planned to quit acting and take a more serious look at the world.

He enrolled in communications at Syracuse University in 1988. During his sophomore year he says, “I went down to the theater and saw everything going on – people jumping around being idiots – and I thought, ‘This is my home. This is where I should be.'” So, Tom switched his major to drama and upon graduating, he moved to New York City. There, he waited tables and eventually founded a theater company with 3 college buddies that they named aTheaterco.

From there, you probably know the rest. That Thing You Do, An American Werewolf in Paris, Boiler Room, ER, Southland, and La La Land are just a taste of his numerous credits. And now, he is the foil to Andrea Savage on her hit TV show, I’m Sorry on TruTV.

Tom is the proud father of two kids and talks openly about the joys and perils of raising kids today. And yes, he’s as nice as you think he is.