Born in Norfolk, Virginia, Michael Bunin spent the majority of his youth in Las Vegas where he attended the University of Nevada, Las Vegas and studied Theater Arts. His improvisational skills were honed at The Second City Players Workshop in Chicago and the famed Groundlings in Los Angeles. Bunin has been a staple at The Improv Olympic West in Los Angeles where he continues to display his improvisational talents.

His numerous TV credits include Superstore, Modern Family, and Mad Men. But, of course, he will always best be known as the Squiggy to my Lenny as Kenny Morittori on the hit TBS show, My Boys. 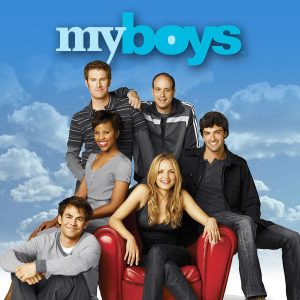 Yes, Mike has no children, but he’s got a cool dad and gave us a counterpoint to having kids. This episode could easily be an outtake of a My Boys show. And after listening to this, you’ll have to make up your own mind, “To have kids or not to have kids. That is the question.”