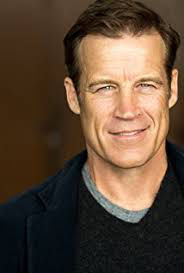 Mark Valley is a West Point grad, Army veteran, successful actor, and dad. You may know him from his numerous credits including Boston Legal, Pasadena, Keen Eddie, CSI, and Feud. He talks openly about his childhood growing up on the Canadian Border of upstate New York to a football coach Dad, his time in the Army, his first acting job with John Schlesinger and Anthony Hopkins, and his fathering a child at an early age.

Mark is an incredibly charming guy, who is quick with an impression, and tells a great story. He told me how his 16 year old daughter came to live with him in Venice, California at a time when he was a hugely recognizable actor during his stint on Boston Legal. It’s crazy that didn’t become a TV show unto itself. He’s a great example of how to handle the responsibility of fatherhood and a shining light to all of you out there dealing with the pressures of becoming a dad at such an early age.

I hope you enjoy it!