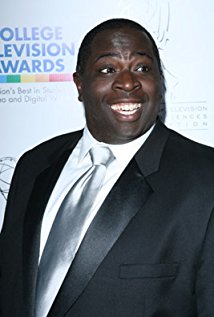 Gary Anthony Williams is one of the funniest guys I’ve met in Hollywood and one of the busiest actors around. He recently appeared in the Sundance Film Festival Grand Jury winner, I Don’t Feel At Home In This World Anymore, currently airing on Netflix. Last Summer he starred as Bebop in Teenage Mutant Ninja Turtles 2 and soon you’ll be able to see him in the film 5th of July. Other film work includes The Internship, Harold and Kumar Go to White Castle, Undercover Brother, Soul Plane, and The Factory. On TV, catch Gary in a fun new episode of Curb Your Enthusiasm and multiple episodes of I’m Sorry on TruTV with Andrea Savage, and Whose Line is it Anyway on The CW. Gary was a series regular on Boston Legal as well as Blue Collar Comedy. He recurred regularly on The Soul Man, Raising Hope, Malcolm in the Middle, and Weeds. He’s also the voice of the award winning music show Unsung.

Gary and his writing partner recently sold a feature script to Lionsgate. In addition, the two just completed production of a pilot for YouTube Red based on their award winning DreamworksTV show, Life Hacks for Kids. Life Hacks has well over a quarter of a billion views! You can watch their live-action shorts, Snackdown, on Disney Jr. Gary also wrote and directed the animated short, Baby Stache, for Nickelodeon.

In animation, Gary appears in several Disney animated shows including series regular characters on Doc McStuffins, The Lion Guard, and Sheriff Callie’s Wild West. He played Uncle Ruckus in The Boondocks, Riff Tamson in George Lucas’ Star Wars: The Clone Wars, and both Mongul and Mongal in Batman: The Brave and Bold. Catch him in episodes of Bob’s Burgers, Rick and Morty, American Dad, Super Mansion, Scooby Doo, China Illinois, and Black Dynamite.