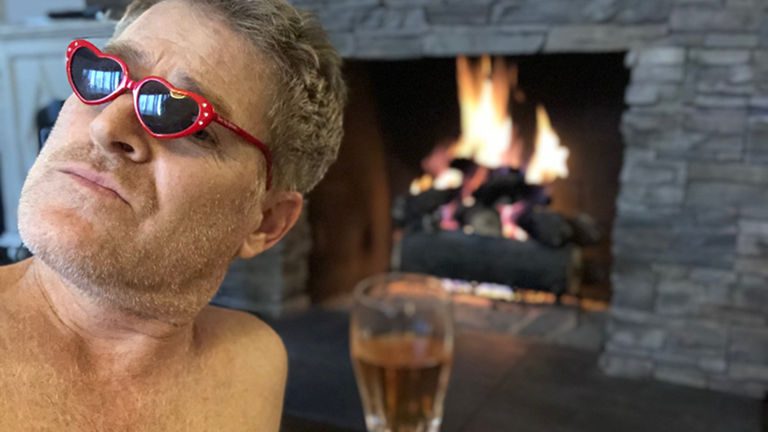 Listen up, because it’s that magical time of year where we swear to burn off the pounds of holiday cookies and otherwise improve our lives. And while I’m all for promising to drink 3 gallons of water per day and climb Mount Everest, here are two New Year’s resolutions that everyone really needs to make this year.

When I was growing up, the mantra was “sticks and stones may break my bones, but names will never hurt me.” Apparently in the ensuing years, words have become physical objects that can be hurled to inflict pain. And yes, I understand that someone saying “fatty,” “four eyes,” or “you freckle-faced, ginger-haired, abomination” is not cool and may hurt your feelings, but realize that it’s YOU who is allowing your feelings to be hurt.

May I suggest, instead, that you own it. Ignore the comments and realize those words are more of an indictment against the person saying them, then a slur against you. That the bullying from this person emanates from their ignorance, insecurity, or just their inability to communicate their thoughts in an articulate, empathetic way. We are each given these flesh machines that we embody for the duration of our life. You better learn to love it. You can make external changes and add accessories, but the frame is all yours built into your DNA. Be grateful that you have a chassis and that you’re in the race.

Now you might say: “But Jamie, you don’t know what it’s like to be this ethnicity, or to embody this physicality, or to have this predilection.” Yes, that’s true. Nor do you know what it’s like to be me. I don’t have the frame of LeBron James or the physical beauty of Brad Pitt. I slouch. My skin has become like a sun-bleached saddle from the 1800s. I’m covered in fur that can only be described as “Salt and Ketchup.” My jaw sticks out, my eyes are squinty, and in profile my head is shaped like the Geiger creature from Alien. I have allergies. My system is profoundly affected by alcohol and caffeine. My feet are structurally inferior and hurt all the time. I’m Irish and German and English, I think, and there was probably some inbreeding in the tree somewhere along the way.

Embrace you! Be comfortable with this gift that you’ve been given.

But here I am. Enjoying life to the fullest. That’s the beauty of it. Unless you’re a twin, no one is exactly like anyone else. It’s like when Eminem wins the rap battle at the end of 8 Mile. He does it by pointing out all his own flaws before the other rappers can do it. Embrace you! Be comfortable with this gift that you’ve been given. Mick Jagger is the best example. Skinny, short, odd looking guy, who sings okay, dances poorly, but has the gift of self-confidence that makes him irresistible to all.

The other day, I was driving my daughter to school and she told me that she needed a new backpack that matched her four friends so that she wouldn’t stick out. We ended up having a long conversation about being an individual while still being part of a group. That as adults, we are constantly conflicted by this unrelenting need to fit in while still standing out as a unique entity. It’s such an odd dichotomy and one we all struggle with on a daily basis.

Since this newfound wave of “Hey, that’s not funny” and “too soon” has washed over us like a Puritanical typhoon, this movement to prove that we’re all the same has only brought to light exactly how different we all are. The changes that have been achieved in recent history are all for the better. When I was a kid, you could walk into a Spencer Gifts store and buy a book of jokes based on whichever ethnicity you wanted.

“Did you hear about the (insert ethnicity here) terrorist who tried to blow up a car? He burned his mouth on the tailpipe.”

A simple little joke. But if you insert the wrong ethnicity in there today, you may lose your job and be exiled from your community.

Now with all that said, the greatest thing to come out of this sensitivity training is that hopefully, people will not be denied any of life’s offerings based on race, color, creed, or religion. I’ve always been inclusive with others and I hope that continues to become the norm. I fear that this crackdown on equality for all has made those who don’t believe in helping their fellow earthlings hunker down in their bunker and spread their own form of hate based on fear of the unknown.

Some of you aren’t even using the word “joke” properly. Picking on someone who is weaker than you is NOT a joke. That’s bullying. Using the “N” word or any other ethnic slur is not funny. That’s racism. Making an off-color remark about someone else’s sexuality probably doesn’t fit the definition of a joke. Unless, it’s your friend who is 53 and still trying to bang girls in their 20’s. Then it’s open season.

A joke is not just a random collection of insults strewn together but something said or done to provoke laughter.

Simply saying, “C’mon, it’s only a joke,” is probably not even correct. A joke is not just a random collection of insults strewn together but something said or done to provoke laughter. And if you think a chuckle from your white supremacist friend confirms your aspirations as a comic, you’re wrong.

You really want to get a laugh? A deep resonant laugh that everyone enjoys and doesn’t have to look over their shoulder as they laugh? Then here’s the trick. It’s so simple. Make the joke about YOURSELF! Self-deprecating humor is truly the best and safest joke you can make. Look at the pros. The best ever. Rodney Dangerfield, Jim Gaffigan, Richard Pryor… The joke is on them. “I don’t get no respect,” “My Dad is Fat,” “I set myself on fire free-basing cocaine”… Genius. And hilarious.

And if you can’t do that, then you’re probably not funny. So, just sit there quiet, look introspective, and be the serious person that everyone reveres for their wisdom.

And this year, can we make a concerted effort to get through this thing with as little pain and as much joy as we can? I love you all.

Jamie Kaler
Founder of The DadLands

From Hollywood to Fatherhood in 5 Short Years

A different kind of Christmas Story