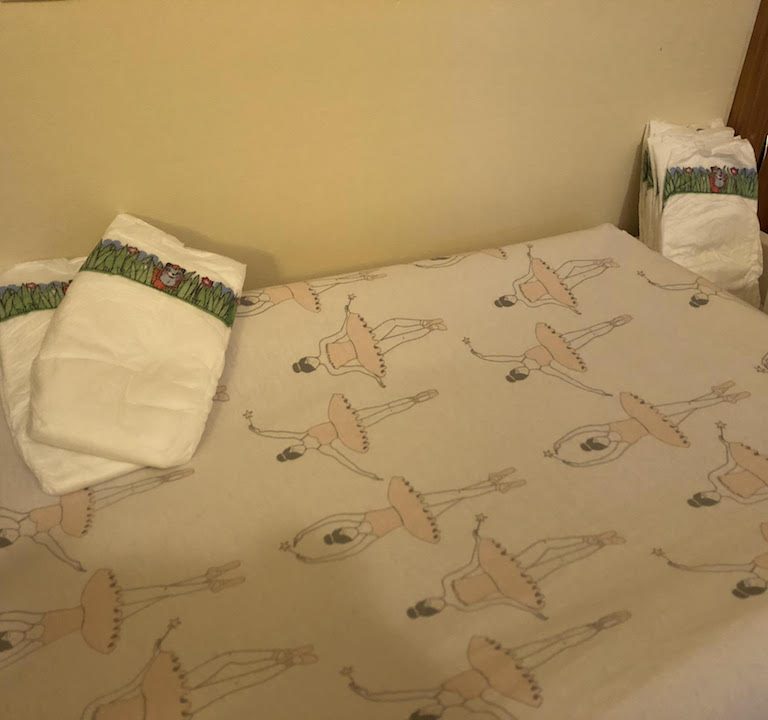 In this age of super heroes, super powers, super troopers, and super bowls, there exists an undiscovered and unsung champion of a very particular realm within a very particular world. This world, parenting. This realm, diapers. I present to you… the legend of The Diaper Whisperer.

Mark grew up just like any other unassuming child of the 80’s. Excitement through discovery and the willingness to explore were the driving force behind every day in his small mid-west suburban town. Most childhood enjoyment had to be self-generated, which flexed the creativity levels in the brain to new heights. Yes, there was access to world-wide phenomenons such as New Coke, the Nintendo Entertainment System, and Spuds McKenzie, but it was the imagination of the mind that would be his lifeblood.

While attending his best friend’s 8th birthday party, a unique skill buried within would be unearthed that afternoon. Mark was in the living room with all the other kids playing video games, trading baseball cards, and sharing school stories when all of a sudden he blurted out, “Matt, did your mom just finish making a vanilla frosted spice cake? And is she pouring raspberry Kool-Aid for everyone?” These forms of sustenance not uncommon for a party, but the specifics from someone unaware of what was being served two rooms over were uncanny. Overhearing the inquiry, Matt’s mom entered the room both shocked and frustrated. The former because Mark had nailed his guess to a t, and the latter because it was supposed to be a surprise.

Flash forward five years. A camping trip between a pair of sisters and their respective families. One of the sisters happens to be Mark’s mother. After preparing dinner for the two sets of relatives, everyone was called into the dining room of the cabin for a celebration dinner. Upon delivering the food from kitchen to table, Mark asked, “Aunt Susie, did you cook this chicken in beer? Coors Light to be more specific?” Her reply, “Um, how the heck could you have even known that!? Yes, yes I did. Have you ever even had a beer before? You are only 13 years old.” The answer was no. Mark had never drank a beer before in his life. But he has been around it. Another one of Mark’s aunts did indeed enjoy a beer here and there, specifically Coors Light. So the essence did not seem to escape his senses, which were working overtime. (Shout out to musical stylings of XTC)

Our story now brings us to present day after a laundry list of more specific instances like the aforementioned had been compiled over the years. Mark, now a newly minted father, has taken this gift of aroma emanation and applied it to what most could only conjure up a guess. “What’s in the diaper?” A game played by new parents ’round the world several times a day. Sure, knowing whether or not your baby has pooped is one thing, but knowing specifically what kind of poop it is as well as the the ratio of poop to pee is another. A quick or gentle waft is all it takes for this now self-proclaimed Diaper Whisperer to nail down exactly what is waiting for him and/or his wife upon bringing their daughter to the changing table. At first you might say to yourself, “What’s the big deal? Who cares? Why is this even important?” Well, then that is to say you’ve never been a parent yourself.

Knowledge is king. Surprises result in frustration. Frustration leads to anger. Anger leads to chaos. A place you just don’t ever want to be as a parent. So when it comes to the diaper and what it contains, you can bet your bottom dollar you’d want to know before diving in. No surprises in Mark’s household. Forever prepared and ready to fight the battle that is the diaper change is an advantage any parent would want. It can easily save you upon making the decision whether or not you should take on one more bite of your dinner before heading over to the danger zone. To this day, Mark’s accuracy record stands at 100%. Not even flinching once or hesitating to hedge a guess.

This gift… a blessing? Maybe. A curse? Maybe. But in the end, a gift none-the-less. So if you are ever in doubt, if you are ever not sure, if you don’t ever want to take the risk, all you have to do is call…

The Diaper Whisperer.
“Knowing what’s in the diaper is his civic doodie.”