The Absolute Worst Time to Get the Flu 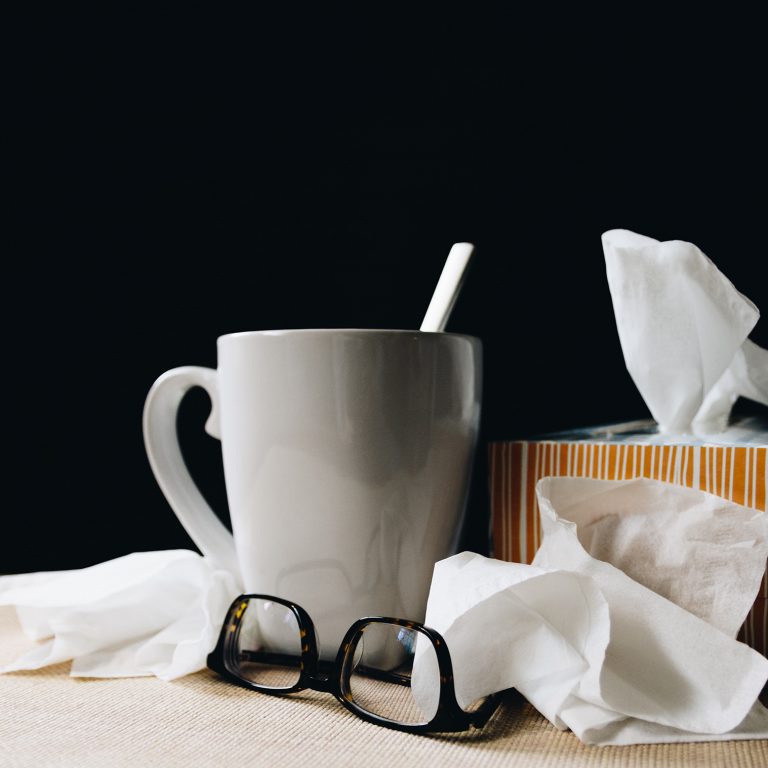 “Well that didn’t take long,” I said to my wife over the phone from the doctor’s office a mere forty-five minutes after bringing my daughter home for the very first time.

Don’t worry, everything was fine with my newborn who was at our humble abode in New York City with my better half. It was me who was a mess. After 10 grueling months of over-washing my hands, constantly cleaning the apartment so my wife wouldn’t get sick while pregnant, and wrapping the TV remotes in paper towel (don’t ask), I got sick.

Not just sick, but sick with the flu.

I would say, “Heck of way to start off fatherhood,” but that started quite a bit earlier after our IVF transfer was a success. That’s when I became a dad. It had been quite a journey to get to this stage for my wife and I. After years of trying, changing our food intake to the Paleo Diet, and three unsuccessful IUI attempts, we decided to go all in and give IVF a shot. And voila, it worked!

So how the hell did I get the flu? Good question. Especially coming from someone who stays in shape year-round and has a diet of tree bark and gusts of wind. I couldn’t figure out what could have gone wrong. Then it just popped in there, kind of like the Stay-Puffed Marshmallow Man did for Ray Stantz in Ghostbusters. I hadn’t slept for two days straight and followed that up with a three day stay in a hospital where I’m sure I ended up touching every elevator button with everything but my tongue.

My wife and I ended up pulling an all-nighter before we headed in to the hospital for delivery. What a freaking champion she is. She took it on the chin and rocked most of the labor at home. She didn’t want to head in until at least on of the newborn’s limbs were poking out to test the air temperature in the room. If it were me, I would have headed in the day I found out I was pregnant. We finally decided to jump in a cab around 9am and it wasn’t until 7:09pm that night that our daughter was born. Not only did my wife knock it out of the park, she had to by means of an emergency C-section. Let’s just say I can and never will complain about a paper cut ever again.

After all of the hullabaloo at the hospital, the fun, scary, and very real part of this who experience was supposed to kick in. We were heading home to look at all the stuff in the apartment we worked so hard to get and that we’ll never get to use again. Oh yeah, and to celebrate our decision to be fully responsible by law for a human being. Don’t get me wrong, I would trade it all for my daughter. She is a treasure. But enjoying that treasure was going to have to wait one week.

Upon arriving at our apartment and after four thousand “Thank you for your patience,” verbal gratitudes to our cabby, I told my wife I wasn’t feeling well. And then it hit me like a ton of bricks. I could feel it in my gut. It was the same feeling I had in 1986, ’87, and ’89 when my hometown Browns lost to the Denver Broncos in the AFC Championship game. It was inevitable. I wasn’t going to the Super Bowl, but I was going to take the browns there for the next week if you know what I mean.

So off to the doctor, who confirmed I had the flu and told me to stay away from the baby for five to seven days. I delivered the news to my wife, who then had to pack a bag of clothes which she threw out the window onto the street for me to pick up and take the to hotel. The very hotel her mother was supposed to be staying in for the week to help out post-birth. That sucked. Heartbreaking for everyone involved and for our memories. Eventually I got better. Eventually I made it home. Eventually our family was whole again. And eventually we will someday remove the paper towel that is currently wrapped around our TV remotes.

Here’s to my wife, the toughest, bravest, and greatest person I’ll ever know. I don’t know why you said yes, but you did and now we have our little peanut. I owe you a week’s worth of diaper changes.