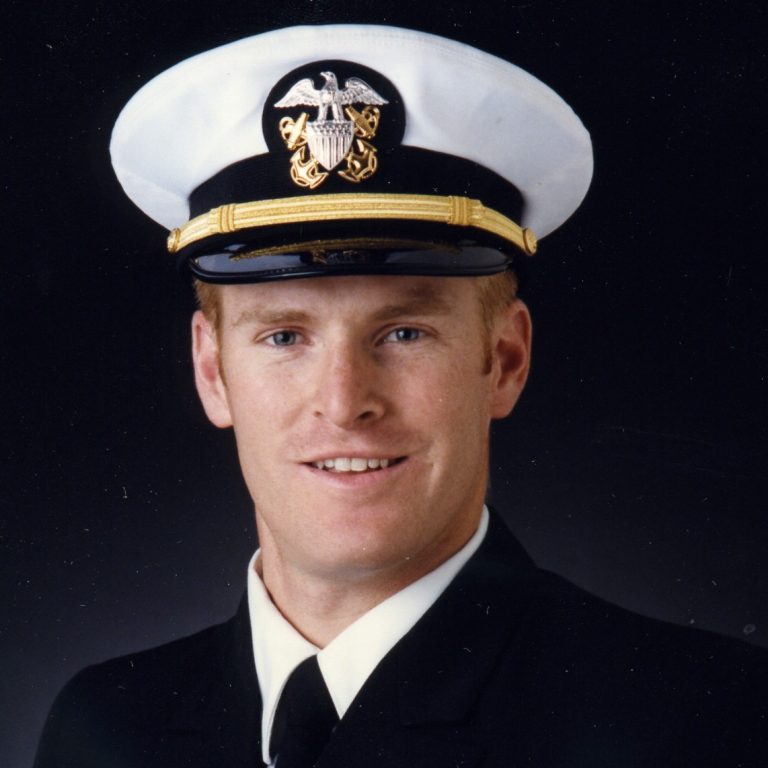 A lot of people may not know that I served as a Navy Lieutenant. And the dismissal of Captain Crozier has once again brought to light what it means to lead in today’s world. There is a great lesson here that I’m sure will fade as the 24 hour news cycle voraciously spins it’s way through to the next blip on the media radar. Great leadership is a skill that is truly rare in our society. You can read every book on the subject and model yourself after others before you, but we of the “herd mentality” will either follow you or we won’t. There is an intangible that elevates someone from good leader to someone who can bring the masses together.

My Time as an Officer in the US Navy

When I was in the service, I would always say “The ship goes the way of the Captain”. People still ask me, “Did you enjoy your time in the Navy”? Yes. Most of it. I spent my entire 5 years on two different ships. And although they were basically the same ship, both destroyers, they couldn’t have been more different.

The first had a captain who was a “swingin’ dick”. In navy lingo, that’s a good thing. You wanted to follow this guy into battle. He had charisma in spades. If he wasn’t the Captain of a ship, he would’ve succeeded at whatever he wanted. He led by example. He had integrity. He rewarded in public and reprimanded in private. He was calm under pressure. He spoke clearly and confidently. And he listened just as well. We worked hard and partied even harder. He fought for us. He respected us. He taught us. Because of him, I planned on making the Navy my career. Here I was 23 and I was taking the ship through the Straits of Malacca or up the Columbia River to Portland for the Rose Festival. Perth, Hong Kong, Thailand…It was a wonderful time.

The crew loved him. I looked up to him. I remember being the Officer of the Deck when we pulled into Pearl Harbor. Sailing past that monument and all the history beneath those waves. I felt part of a brotherhood. We were all in this together. Most Veterans will tell you that’s what they miss most from their time in. The camaraderie. It’s true. It’s essential. Because at the end of the day, you are training people to fight in a war. And if we were called to combat, we were ready to go, as one unit. That was instilled in us by one man. The Captain of the ship.

Unfortunately, it takes a lot more effort and work to gain someone’s trust than it does to lose it. My second ship was the complete opposite. We had a Captain who was a terrible leader. Where as my first Captain seemed to do everything to help his crew, this guy seemed more concerned with his own fitness reports. He was so worried how others saw him that he forgot to take care of his people. The crew was miserable and morale kept sinking. And yes, like the Caine Mutiny, the crew has to take some responsibility for their own course. But, like a baseball team that starts losing despite immense talent, eventually the manager has to take the blame.

And that’s what leadership is ultimately about. Taking responsibility. People will respect and follow those who take responsibility. “The Buck Stops Here” is not just a saying. When Truman uttered those words, he was taking responsibility. And it’s not just those at the top. Everyone needs to take responsibility in their own lives to be a leader. We’ve reached a point in history where people are simply passing the buck. “That’s not my fault”, “I never even saw that”, “It must be a political smear campaign” are sad excuses for someone who is supposed to be in charge. And nowadays, even when confronted by physical evidence, they pull out the all encompassing “fake news”. Deny, deny, deny. It’s sad. And a terrible example for our children.

Do we all need to go back and read “Profiles in Courage”. If Spartacus was made in today’s world, every slave would’ve just stood up and pointed at Spartacus, “There he is, that’s Spartacus right there!”. I think we’re all getting fed up with it. Will no one stand up and be counted? Will we stop revering our false idols, whose only goal is to line their own pockets?

“Captain” is a powerful word

Being a Captain of a US Naval vessel is one of the most powerful positions on earth. You make life and death decisions every day. You are judge, jury, and executioner. In the words of Jack Nicholson from “A Few Good Men”, “We follow orders or people die. It’s that simple”. I don’t know all the details of Captain Crozier’s dilemma. None of us do. But I do know that any person who becomes the Captain of an Aircraft Carrier is far from “stupid”. Like every great leader, he fought for his crew. He probably knew he would face repercussions but weighed that against the health of his ship and made the only logical choice for someone who puts others above himself. He spoke up. He wasn’t worried about the political backlash that he’d certainly receive from his actions. In a way, he fell on his sword for his men. Yes, he broke the chain of command, and that comes with punishment, but considering that the man at the top of the chain faked bone spurs to get out of “his” service, I know for a fact who I side with. He lost his job because the story made the news. And in an election year, bad press can not be tolerated. Heads must roll and s#!t flows downhill. You don’t think the Commander in Chief was going to step up and say, “Yeah, that’s my bad. I should’ve done something about a ship full of sick sailors weeks ago”. Instead, we get, “I never saw that memo” and send the SecNav halfway around the world to ream out the crew, WHO LOVED THE CAPTAIN, over the ship’s sound system, that anyone with a phone could record. Wow. Talk about stupid.

I saw the video of his crew cheering him off the ship and it gave me chills. That’s camaraderie. That’s ultimate responsibility. That in a nutshell is leadership. Putting others above yourself. That’s a guy I would vote for. But that’s not how the Navy works. You get what you get and you don’t get upset. Well, that’s not how civilian life works. We have choices. Your vote counts. It’s called public service. Not a stepping stone to a high paying lobbyist job. Politicians are there to serve the people who voted them into office. Not profit in the stock market because they have inside knowledge. I truly believe that most people set out with the best of intentions but get perverted by a system that answers to the highest bidder. We have become lost in a reality show that favors the loudest. That accepts lies when we’re unable to handle the truth. That rewards the braggart and the bully. What happened to speaking for those who can’t speak for themselves? Helping those who can’t help themselves.

I hope you don’t see this as a political post. It is, sure, but I believe this hypocrisy can be found on both sides. It’s about leadership. And who we want in charge. Not only when things are good, but even more importantly when things go bad. We should all be leaders in our own world and set the right example. As a parent, I want my kids to grow up in a world with strong leaders who aren’t trying to get the highest ratings on television, but are trying to get the best out of others and themselves with positivity and integrity.  We’re all on this ship together and until someone stands up and unites everyone with a selfless approach to public service, we will continue down this black hole of negativity.