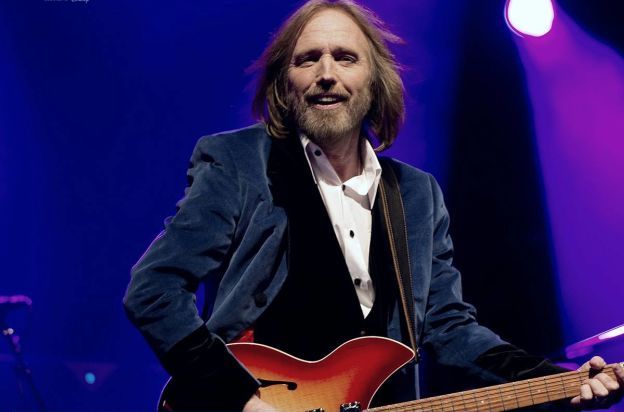 Tom Petty was an American original that we almost took for granted. He was that friend who was always there. We didn’t always pay attention to him, but when we needed him most, we could count on him. Whether it was a party, a wedding, a graduation, a workout, or just a day dancing with your kids with your iPod on shuffle, he would pop up like our college roommate to remind us of better days. From that first chord of any one of his songs, our ears pricked up: Tom’s here. We would try to hit that high note to sing along with “Free Fallin’.” We’d play air guitar to “Breakdown.” And yes, we’d get up and dance to “American Girl.”

Tom Petty was the soundtrack to not only my life, but any Baby Boomer coming of age in the ’70s and ’80s. Although I’d grown up enjoying his music, it wasn’t until I moved to Los Angeles and got a job bartending that I realized how much I really loved him.

I was working at O’Brien’s Irish Pub in Santa Monica and we had a jukebox. When the bar was slow, the jukebox would play only a couple of CDs that had been pre-chosen. The hope was that the clientele would get sick of the same songs playing and put in some money. Brilliant. Except that one of the CDs was Tom Petty and the Heart Breakers Greatest Hits. Which, if you’re not familiar with it, is hit, after hit, after hit. It just played over and over again. Every song. “Don’t Do Me Like That,” “Refugee,” “Mary Jane’s Last Dance,” “Learning To Fly,” “Into The Great Wide Open,” and “Here Comes My Girl.” And the list goes on…

Tom & the Heartbreakers played their first show across the pond in five years for the final night of the 2017 BST Hyde Park concert series in London’s Hyde Park, topping a bill featuring Stevie Nicks, The Lumineers and The Shelters, among many more. Before the show, the vibe was loose backstage as friend and family from all over the world gathered to wish the band well. For complete recap, set list, and photos head to www.tompetty.com/tour (?: @actennille)

Well, the problem was that nobody got sick of it. It would be playing and the customers would think, Yes! Tom Petty. Somebody has great taste. Let’s drink! Finally, the jukebox owners realized they weren’t making as much money and had to change out the automatic CD to something less popular. And here’s what’s funny: I listened to that album more than anyone, and I’m still not sick of it. His songs are perfect and will live on forever.

I still play “American Girl” for my kids and they dance like maniacs. When I drive west on Ventura Boulevard, I sing, Move west down Ventura Boulevard. And when somebody says they’re waiting, I sing, … is the hardest part. His music is in my DNA.

But what’s odd to me is that Petty never really got the credit he deserved. I’d bet most people wouldn’t put him on their list of favorite artists. Not because he wasn’t, but in some odd way, because it was already assumed. It was almost like you didn’t have to label him in that way; it was understood. Oh yeah, and of course Tom Petty. Sure, he’s on there, too.

The problem, which didn’t seem like a problem for him, was that there was no flash. He wasn’t in the news. You rarely saw interviews. I really don’t know much about his personal life. And to be honest, I like it that way. Was he a nice person? Did he like dogs? What does he think about global warming? I have no idea. He’s still kind of a mystery to me. When I hear his songs, I apply them to my life. They never come with the baggage of today’s artists. “Are Taylor Swift’s lyrics a backhanded slap to her rift with Katy Perry?” Who cares! Here’s verse, chorus, bridge, guitar solo, and one last chorus to get you home. Rock and roll!

Tom Petty was about the music. He never had to reinvent himself like so many other artists. He wrote rock and roll songs and would come to your town once a year and perform them. That’s it. His songs didn’t need an incubation time. They were classic rock the day they were born. They stood on their own. You can play them on your guitar. They’re simple riffs with incredible hooks that I’m sure have baffled other artists who wondered, Why didn’t I think of that?

I feel privileged that I got to see his last show this past week at the Hollywood Bowl. I hadn’t seen him in a long time. I do remember thinking he looked frail, but his voice was still as perfect as always. And considering he released his first album in 1976 and has done nothing but be a rock star for over 40 years, he looked better than I ever could have.

Petty was a once-in-a-lifetime artist. When he sang “You Got Lucky” to the sold-out crowd that night, he really meant it.

Justin Moore is Our Dad of the Month for February