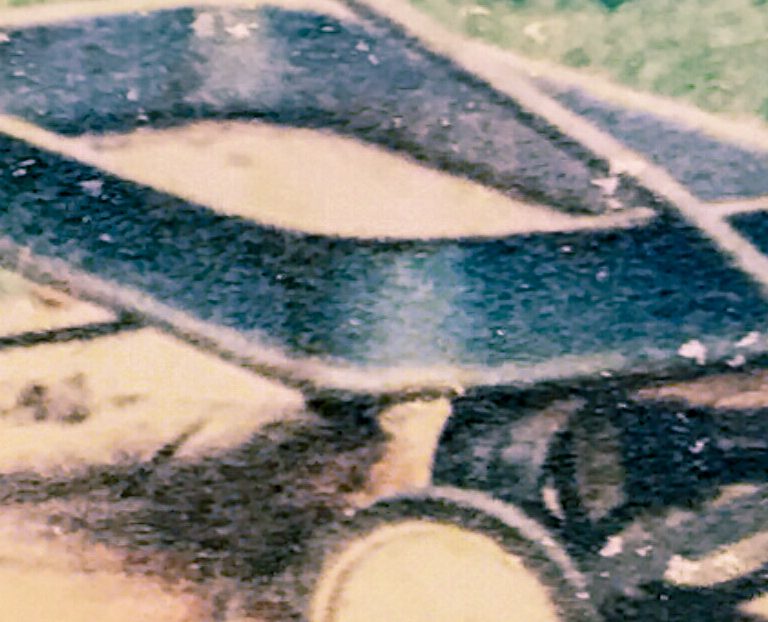 I looked at my baby and tried to let my brain process the reality of the situation. Here it was. Not an ultrasound anymore, not a pregnancy, not a theory, but a real live, actual, new, whole person I was responsible for.

When my (now ex) wife was pregnant with our daughter, I was overwhelmed by the thought of being a dad. My own dad was, to be mild, not that great at the job. The only thing I knew about being a “good dad” was that I had to be better at it than he was.

I was 28, but my brain still felt like I was a teenager. How could I be allowed to be a dad? Surely I had to pass a test, or get a license, or something. But no. The famous quote from the movie Parenthood came to mind: “…you need a license to buy a dog, or drive a car. Hell, you need a license to catch a fish! But they’ll let any butt-reaming asshole be a father.” While I was pretty sure I wasn’t an asshole, I wasn’t sure I had what it took to be a good dad, which is much different than just not being a bad one.

I worried about affording it, of course, as do most other dads-to-be. But other than that, I didn’t worry about The Big Things. I mean, I knew I wouldn’t put my daughter in jeopardy, be careless, abusive, or  neglectful. Instead I worried about the smaller things.

I had never changed a diaper, and the thought of it, frankly, disgusted me. But I wasn’t going to be That Guy who considered it the mother’s job exclusively. (Hard to believe, but such men do exist, although less so than in the past.) I really wasn’t sure if I’d be able to do it on a regular basis, and still have an appetite at dinner. I wondered if my brain would invade every waking moment with images of baby poop and dirty diapers. I’ve always been (and still am) unreasonably private about bathroom stuff, so the idea of coming face to, uh, face with another human’s intestinal leavings seemed as if it would be quite a challenge.

I had never changed a diaper, and the thought of it, frankly, disgusted me.

Although the diaper issue was my top insignificant worry, there seemed to be hundreds of other worries zipping through my mind at any moment. Being responsible for another life can seem overwhelming. And that overwhelming feeling was never so strong as the day my wife went into labor. We knew not to go to the hospital too soon, a common mistake, we were told. Since we lived only a mile from the hospital, we were confident we could ride out the labor at home until the point of no return. The doctor had told us the magic number was three. When contractions were three minutes apart, get to the hospital. That happened at about 11 o’clock one morning in March. So off we went.

Whatever issues would later doom our marriage, my ex handled a very difficult pregnancy and labor incredibly well. After several hours in the delivery room, the contractions were not getting any closer together. In fact, they started getting farther apart. She was given something to help induce labor, but her water never broke. The doctor had to physically intervene with what looked like a knitting needle to make it happen.

Things were pretty dramatic, and mom-to-be was in a lot of pain. There was talk of doing an emergency c-section if natural delivery didn’t happen soon. Finally contractions kicked in again, and the doctor and nurses made it clear she had to work really hard to deliver. Reading between the lines, I understood that if things didn’t go right, bad things could happen. I never felt so helpless in my life. All I could do was offer a hand to hold and ice-chips.

Reading between the lines, I understood that if things didn’t go right, bad things could happen. I never felt so helpless in my life.

A little after 7 pm, after 8 hours in the hospital, the baby was born. I’ve referred to her already as our daughter, but we didn’t know beforehand what she would be. I secretly really wanted a little girl, so I was thrilled. I yelled out in my excitement, “It’s a girl!”

Then I realized that in my excitement I may have not seen things accurately before she was bundled up. I looked at the nurse and asked “It is a girl isn’t it?” The nurse laughed and said “Yes, it’s a girl!” She turned the bundled baby’s face toward mine, pointed to the dimple in her chin and said “We know where this came from!” Indeed I have a prominent “chimple” that was now mirrored on my daughter’s face.

She handed me the delicate bundle. My daughter weighed not even seven pounds, and I was surprised how light she was. She was tiny but perfect.

I handed her to her mother. Due to the drama surrounding the delivery, she hadn’t been given anything for pain, but didn’t complain. Exhausted, she held our daughter as I looked at them and tried to let my brain process the reality of the situation. Here it was. Not an ultrasound anymore, not a pregnancy, not a theory, but a real live, actual, new, whole person I was responsible for.

I can’t explain why, but instead of being overwhelmed, all my dad-related worries suddenly fell away like a great weight from my shoulders. I looked at my swaddled daughter, and thought, as clear as if I were speaking it out loud, “I can do this! I’m going to be a great dad!”

But I still hadn’t changed a diaper yet.