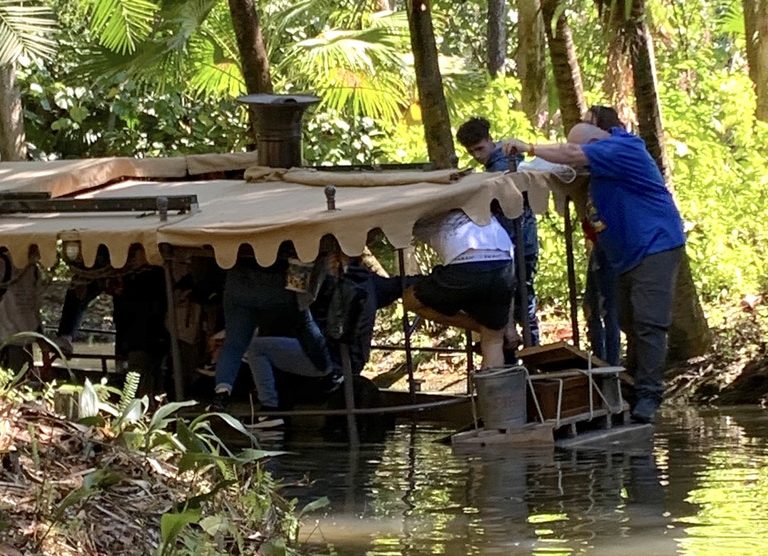 As Disney World shifts its focus towards Marvel and Star Wars expansions, it might be forgetting about the classic rides and the apparently crumbling infrastructure elsewhere. Reports coming out of the ‘Most Magical Place on Earth’ on Thursday showed a sinking Jungle Cruise ride boat as passengers scrambled to safety. Luckily, no injuries were reported and everyone was eventually able to make it to dry land.

Go to Disney world they said, go on jungle cruise they said. ? pic.twitter.com/CNyMAr2f4Q

The same can’t be said for some unlucky shoes and pant-legs, as phone camera pictures and footage showed over a foot of water taking no prisoners in that regard.

But one survivor and hero dad wasn’t going to let his, seemingly, brand-new New Balances go down with the ship. As women and children stood around, letting their feet get soaked, he defiantly lifted his sneakers out of the water, to preserve the freshness.

How do we know he’s a dad? I mean, come on, look at those New Balances shine. And are those relaxed fit Wrangler jeans? The only thing ruining those sneakers are fresh-cut grass stains, when he’s “touring the estate” after the vacation.

You can cop yourself a pair on the New Balance site, starting at around $80. Wrangler jeans sold separately.