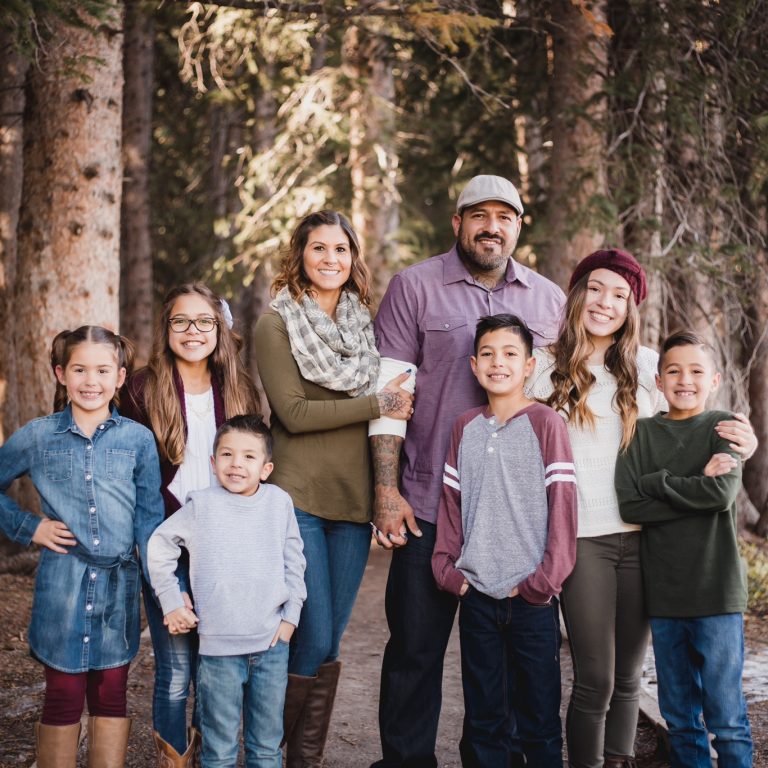 As I type this, I can’t help but have an overwhelming sense of regret – and that shitty feeling acts as endless fuel and motivation for me every single day.

For many years I was a father, but I wasn’t really a dad.

It wasn’t until I gained custodial custody of my four children about five years ago that I realized I didn’t know my kids. More importantly, they didn’t know me.

I had that epiphany when I was a member of the border patrol. I knew I was playing the part of a father through my preconceived notions of providing them with food and shelter, but it felt empty. I’d leave the house and head to work before my kids got up and wouldn’t come home until they were asleep.

However, I remember one day where I randomly felt a commanding desire to have a deeper relationship with my kids. Something … more. It’s hard to articulate the love a father has for his kids; it’s on another level or realm of existence. I realized I had that belief on the inside but wasn’t expressing it to them in the way they deserved.

More than anything, being a dad means you have to be relevant in your kids’ lives. Be. Fucking. There. Show up in a genuine manner. Hug them. Kiss them. Really, truly love them.

Over the years, I’ve learned that as a dad, it’s imperative you customize your approach to each child.

Better said, teach them the same but coach them differently.

It’s kind of like baseball. There are so many home run hitters in today’s game, but they all have different swings. The result is the same but the process to how they get there varies greatly – and there’s nothing wrong with that! My goal as a dad is to create an environment where they feel comfortable growing and excelling in whatever they choose to.

It’s so much fucking easier said than done. Trust me; I get it. And having both girls and boys adds another dimension to the puzzle.

When I was growing up, my father raised us with little emotion. Stone cold. Disciplined. There wasn’t much affection shown, but we always could count on him. I’m very appreciative of how my father raised us; it was just a different time and society has changed and evolved.

I look at my boys, and I see how important it is for me to show them affection and love. I want them to know it’s okay to cry. To always, ALWAYS respect women. To be kind.  Just be fucking real!

One of my boys has always had such a kind, loving and sensitive soul. He’s always been that way. He doesn’t like to fight and doesn’t have any desire to be “macho.” In fact, he’s bullied at school and kids have called him gay. They see his sensitivity as a threat instead of the beautiful gift it really is.

Is he gay? I don’t think so. And I really don’t give a shit. I will love and protect him with my life, unequivocally, no matter what.

At the same time, I want my boys to know the world is not a nice place. They’ve taken jujitsu, wrestling and understand how to defend themselves if they need to. I can’t always be there to protect them.

It’s the reason why all my girls are in wrestling. I believe in empowerment and want them to know that despite how it seems, this isn’t a male dominated world. I don’t want them to assume that because they are women, they can’t do an infinitely better job than men. I don’t want them growing up thinking they have to depend on a man to be successful. Whatever field they choose to go in, I want them to have the confidence they can be the absolute best.

In the end, all I really want for my kids is happiness; and I’ll do anything to make sure they have it. I know it sounds so damn cliché, but I believe that with all my heart and soul.

Dad’s always got your back.

Rocco Vargas (born Vincent Vargas on July 15, 1981), is a U.S. Army veteran, entrepreneur, actor, motivational speaker, and internationally recognized Internet personality. He is best known for Range 15, The Long Way Back (2016), John Came Home, and Dads in Parks (2016), as well as the Drinking Bros Podcast.

For the most part Rocco spends his days taking the kids to school and focusing on trying to raise some solid contributors to society. For now they are busy driving him crazy with 6 different personalities and all kinds of drama...

What a Real Man is…