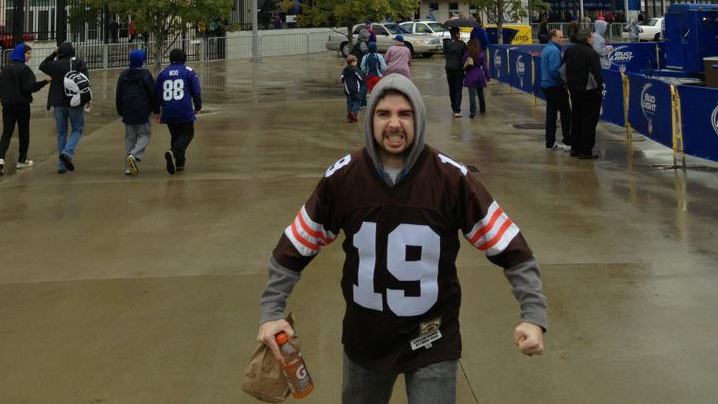 This is your father writing. When you grow up, please please please like all of my favorite sports teams, so I have someone to pass along the torch of pain, humiliation, loss, acceptance, and this old Cleveland Browns hoodie I’ve been wearing since the 80’s (which was also unfortunately the last time they were any good).

And in advance, I apologize for the sports fandom mountain you must climb if you choose to do so.

I grew up in the modest sized mid-west town of Warren, OH. Population in the 1980’s was around 56,000, down 10% from the year before. A trend that would continue up to current times. When the economy in the United States is down, the effects ripple harshly through my hometown. People leave in droves looking for work. It’s a means to survival. Fortunately and unfortunately just like the surrounding towns, it was built on the steel industry boom. Now, it has both literally and figuratively rusted over. Even Bruce Springsteen wrote a song about the neighboring town of Youngstown called… Youngstown. A harsh reality people are still having trouble coming to grips with today … although the song is a nice sentiment.

Despite the overtones of depression and seemingly permanent weather consisting of overcast skies, there is one thing that my birthplace has unlike other cities of the same size: a deep intense passion for sports.

All the pent-up frustration from life a struggling town got filtered into an energy of support towards the local team that you felt best represented you. Note: I use the term “local” loosely as said professional teams would be found in the nearest big cities of Cleveland and Pittsburgh.  This could lead to some obvious family rifts, depending on where your roots were planted. My mother’s side was a Cleveland family, while my father’s was split between Pittsburgh and the aforementioned. This made the passion for sports that much more intense within the family. It was all about those bragging rights.

One of the fun parts of living in a sports world is getting to choose the team you will end up rooting for – through thick and thin until the day you die. 95% of the time you end choosing your local hometown teams. That’s where luck can sometimes rear it head or simply run away like the wind. In my case, it was the latter.

So where does that leave me (and hopefully my daughter)? When it comes to American football, that answer is the Cleveland Browns. 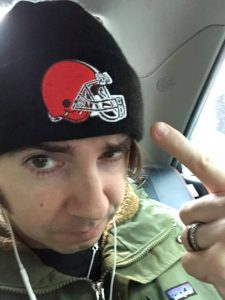 Some could argue they are one of, if not the most, painful franchise to ever be a fan of. “The Fumble” and “The Drive” are two of the most infamous plays in sports history, and both at their expense. Cleveland has been dubbed the “Mistake by the Lake” and even the river that runs through the city caught on fire. Yes, actually caught fire in 1969. Only in Cleveland. Some additional fun Cleveland Browns facts include being one of only four teams to never have made it to the Super Bowl and the owner choosing to announce in the middle of the season that he is packing it up and moving the team to Baltimore. Only to win said Super Bowl five years later. You can only imagine the anger.

The silver lining in all of this is that no matter how bad it is, was, or gets, the fans stick it out and rise above. That passion was acknowledged by the NFL which guaranteed Cleveland a new team immediately after former owner Art Modell moved the team. Dreams were once again reborn in 1999 after a four year absence. However, the rebirth has only lead to more suffering as the Browns, in 2017, became only the second team in the current era to lose every single game in a single season going 0-16. And why not kick them while they’re down, they currently own the longest playoff drought by any franchise in the league.

But you know what? 2018 is a new year with a new season and the Cleveland Browns are still a team. And that means that there is hope. We’ve replaced “Mistake by the Lake” with “Believeland.” A mantra that rings true and fits the town like a glove.

So to sum it all up, this is the history I pass on to you my love. “The Drought,” “The Drive,” “The Fumble,” and “The Move.” Just know that your mission, if you choose to accept it, will come with the full spectrum of emotions. It will teach how to except heartbreak and an appreciation that your team still exists.

But just know, if this team does win a championship in your lifetime… ah, who are we kidding, I know it’s never going to happen.

With much love and a hint of regret,